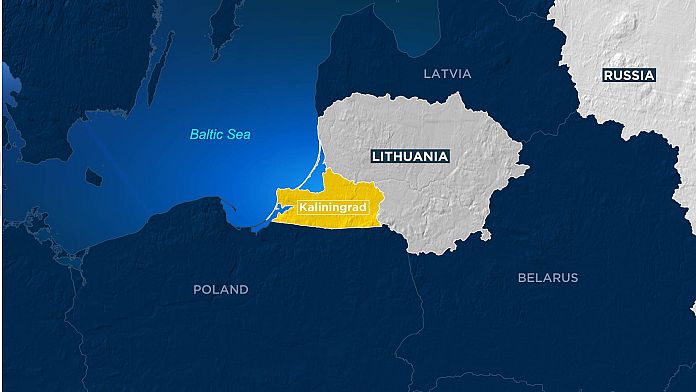 Tension between Russia and the European Union remains high as Moscow threatens retaliatory action on Lithuania’s move to impose sanctions on embargoed goods transiting its territory and entering Kaliningrad.

Kaliningrad is a Russian exclave on the Baltic Sea, surrounded by Poland and Lithuania.

The Baltic state has announced its intention to stop the transport of certain goods, in line with EU instructions on sanctions, to and from the Russian enclave of Kaliningrad. Items such as food and medical supplies are not included in the sanctions list.

But the move ignited fury among top Kremlin officials. They promised that the Lithuanian people would suffer the consequences of their government’s actions.

On Wednesday, the Russian foreign ministry said its response “will not be” diplomatic.

Lithuania’s president said he does not expect a military confrontation, but that his country is ready if Russia attempts to cut off its energy supply.

“It has nothing to do with a block. [The] the real block is with regards to the ban on grain exports. “

See more of this story by clicking on the video player above.