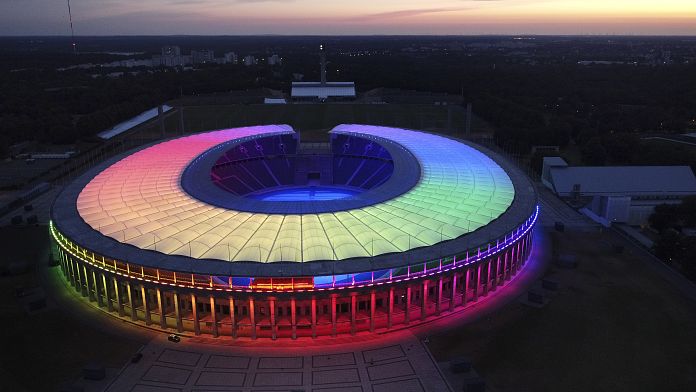 The German football federation says transgender, intersex and non-binary players can decide for themselves whether to play in men’s or women’s teams.

On Thursday the new regulation was approved for non-compliant players with “different” or “unspecified” marital status.

It will come into effect next season and will apply to youth and amateur football as well as futsal.

“It applies to transgender players who can now change at a self-determined time or remain initially on the team they previously played in,” the federation (DFB) said in a statements.

“As long as sporting activity does not affect the health of the person while taking drugs, the person can take part in the game, which is why the new regulation excludes doping relevance”.

The move contrasts with a recent trend in sport, in which transgender women have been banned from women’s competitions.

Sabine Mammitzsch, who deals with women’s and women’s football abroad at the DFB, says clarification has long been needed.

“State and regional associations, but also relevant people at the grassroots level, have long reported that there are uncertainties about how to accommodate transgender, intersex and non-binary players,” Mammitzsch said.

“Therefore, they warmly welcome the introduction of a national and global rule on the right to play.”

“The integrity of the competition will not be compromised”

The new rules for non-gender compliant players have already been tested locally in Berlin since 2019.

State and regional associations will now appoint officials to assist all gender non-compliant players in granting their right to play while working closely with local anti-violence and anti-discrimination officials.

“Experience has shown that this does not compromise the integrity of the competition,” said the DFB.

“After all, all people have different strengths and physical abilities that only lead to success together in a team, regardless of gender.”

The German football federation is the largest in the world, with around seven million members, 24,000 clubs, 130,000 teams and over 2.2 million players across all its leagues, divisions and competitions.

“With the regulation of the right to play, we are creating additional important prerequisites to allow players of different gender identities to play,” added DFB diversity officer and former international player. Thomas Hitzlsperger.