More than 56 million people living along the US East Coast and Gulf of Mexico are projected to experience at least 10 times as many flood days by 2050 due to sea level rise resulting from climate change.

The warning came in a National Oceanic Administrative Association (NOAA) report, which found that since 2000, these regions have experienced a more than 150 percent increase in flood days (HTF).

Though there are dozens of vulnerable coastal communities, cities in Virginia and Texas are expected to be hit hardest, with water sloshing through streets and gushing out of storm drains for up to 124 more days a year – Eagle Point and Galveston Bay, Texas predicted to have up to 230 days in 2050 from the current five to six days of HTF flooding per year.

With sea levels projected to rise by a foot within the next 25 years, coastal cities across the country are expected to experience an average of 45 to 70 floods a year through 2050, compared to an estimated three to seven in 2023. 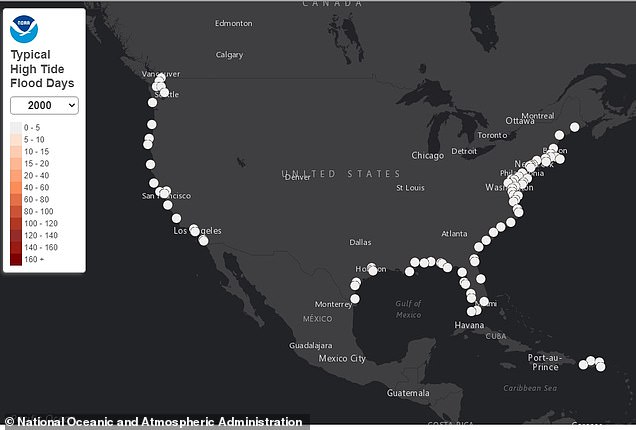 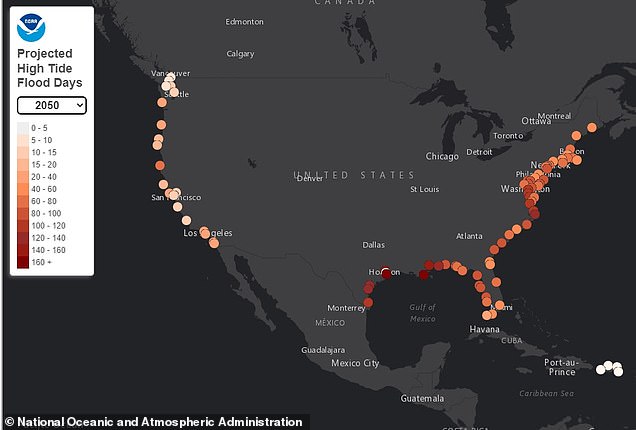 A report by NOAA warns that coastal cities along the Atlantic and Gulf of Mexico will experience 10 times more flood days by 2050 (right) due to rising sea levels (right). This compared to 2000 (left) 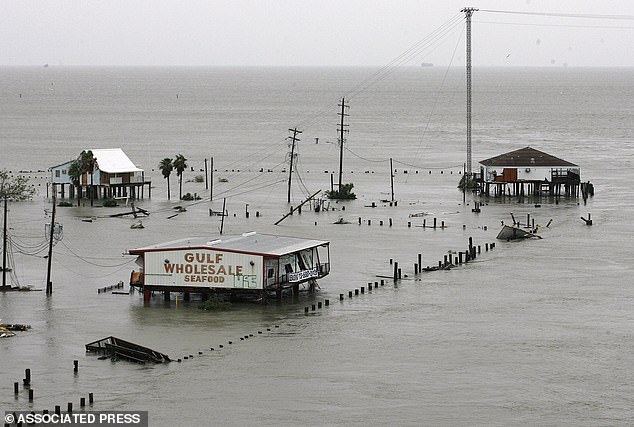 These statistics were published in NOAA’s annual sea level rise report, which shows that flooding along the Atlantic and Gulf Coasts is now twice as common as it was 22 years ago.

High tide differs from natural disaster-related floods in that they are not as catastrophic, but the events could force people living in coastal communities to abandon their homes and move further inland.

HTF, also known as “King Tides,” “nuisance,” or “Sunny Day” floods, are defined when tides are anywhere from 1.75 to 2 feet above the daily average high tide and begin to spill onto streets or out gushing up storm drains.

“As sea levels continue to rise, damaging flooding that decades ago would only occur during a storm, such as a full moon or a change in prevailing winds or currents, is now occurring with more regularity,” NOAA said in a press release. 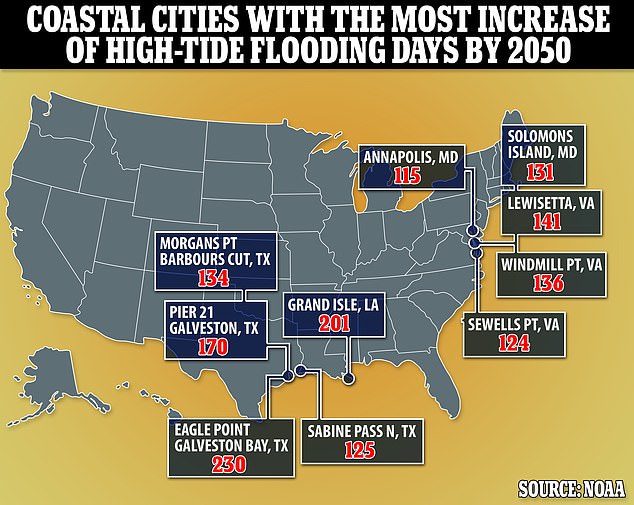 Three different NOAA-monitored sites either reconciled or paused previous HTF days from May 2021 to April 2022.

And on the island of Kwajalein in the Pacific, four HTF days were observed, also one more event than 2021.

However, lower HTF flooding along the West Coast and U.S. Pacific Islands is due to the ongoing impact of La Niña — but this is only temporary.

Nicole LeBoeuf, director of NOAA’s National Ocean Service, said in a statement, “The East and Gulf Coasts are already experiencing twice as many flood days compared to 2000, inundating coastlines, roads and basements and damaging critical infrastructure.

“As sea levels continue to rise, NOAA is committed to working with coastal communities to provide them with the information and tools they need to address the issue now and for years to come.” 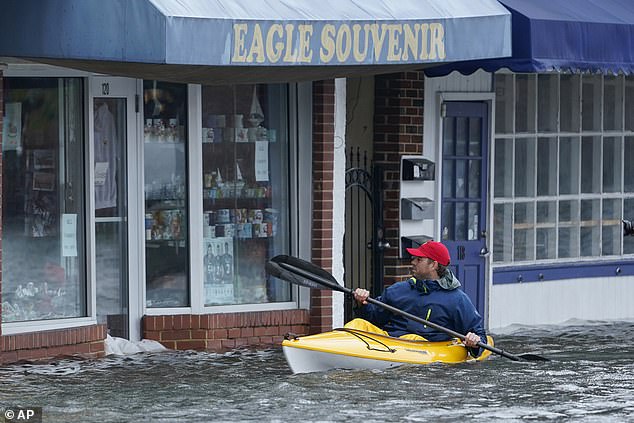 High tide differs from natural disaster-related floods in that they are not as catastrophic, but the events could force people living in coastal communities to abandon their homes and move further inland. Pictured is a man driving through the streets of Annapolis, Maryland last October 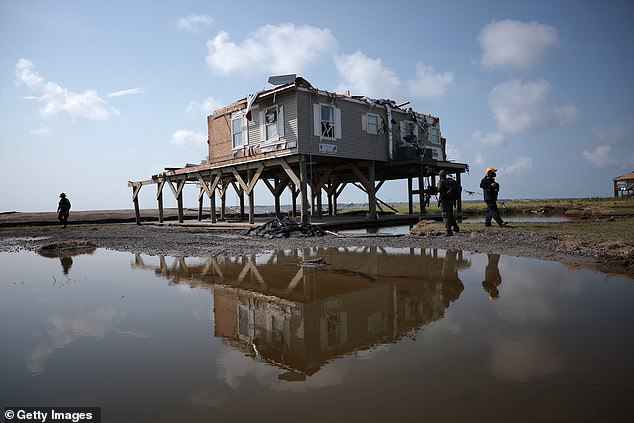 Pictured is high tide flooding in Grand Isle, Louisiana in 2021. Experts predict this area will experience up to 201 days of flooding per year by 2050

LeBoeuf participated in a separate NOAA report on sea level rise released in February and said in a summary of the report that damaging flooding typical of today’s sea levels, weather conditions and infrastructure will be addressed in the next Time more than ten times as likely to occur 30 years.

“Make no mistake: sea level rise is imminent,” she said.

Put another way, LeBoeuf said, a single flooding event that could damage property or businesses in coastal areas of the southeastern US every four to five years on average is likely to occur four to five times a year by 2050.

The projected rise is particularly alarming given that the seas along the Atlantic coast rose at their fastest rate in 2,000 years in the 20th century.

However, the worst long-term sea-level rise from melting ice sheets in Antarctica and Greenland is unlikely to begin until after 2100, said oceanographer William Sweet, the report’s lead author.

The report “is the equivalent of NOAA sending up a red flag” about accelerating sea level rise, said University of Wisconsin-Madison geoscientist Andrea Dutton, a sea-level rise specialist who was not part of the federal report. The coastal flooding the US is now experiencing “will reach whole new levels in just a few decades.”

“We can see this freight train from over a mile away,” Dutton said in an email. “The question is whether we will continue to let houses slide into the sea.”