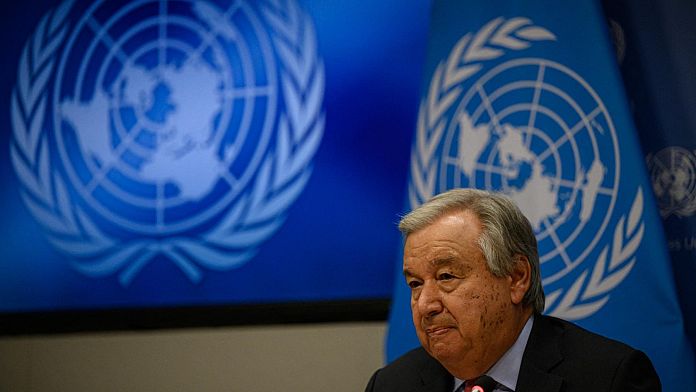 UN Secretary General Antonio Guterres has harshly denounced the “greed” of the big oil and gas companies that are making “outrageous” profits on the shoulders of some of the poorest people in the world.

Guterres said the crisis was caused by the Russian invasion of Ukraine and called on national governments to tax companies’ huge profits.

“The truth is that we are witnessing these excessive and scandalous profits from the oil and gas industries at a time when we are all losing money,” Antonio Guterres said at a press conference on the occasion of the release of the third UN report on global consequences of The Russian invasion of Ukraine.

“It is immoral that the oil and gas companies are making record profits from this energy crisis, on the shoulders of the poorest people and communities, with enormous costs for the climate.

So “I ask all governments to tax these excessive profits and to use these funds to support the most vulnerable in these difficult times,” he added, betting that such a move would undoubtedly be “popular”.

It estimated that in the first quarter of 2022, the oil and gas majors would have made profits of around 100 billion dollars. As oil and gas prices rise, BP, ExxonMobile, Chevron, Shell and TotalEnergies also announced huge profits in the second quarter.

“This ridiculous greed is punishing the poorest and most vulnerable, while destroying our only common home, the planet,” said Guterres.

Since the previous assessment in June, “the impact of the purchasing power crisis is being felt more deeply and widely around the world,” the report said.

He points out that by the end of 2022, 345 million people in 82 countries could be food insecure, with an increase of 47 million due to the war.

“Many developing countries are drowning in debt, lack access to finance, are struggling to recover from the Covid-19 pandemic and could be on the brink,” Guterres warned, noting “warning signs of a wave. of economic, social and political upheavals that could not spare the country “.

In this context, the report, which focuses on the “great energy crisis”, calls on governments to identify the most vulnerable populations and provide them with access to “affordable” energy.

To address this crisis without compromising the commitment to limit global warming, the latest UN report calls on governments to take measures to reduce energy demand, including reducing heating and air conditioning, reducing energy air travel, building renovation and accelerating the development of renewable energy.