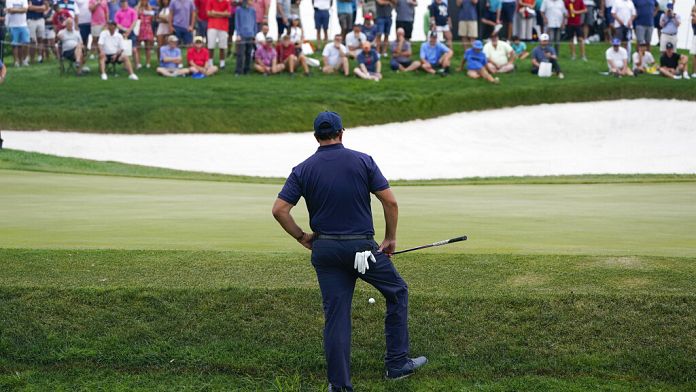 It is the competition that has rocked the world of golf.

Now the players who signed up to the Saudi-backed LIV golf tournament are suing their former financiers, the PGA Tour, for suspending them for joining the breakaway competition.

Six-time senior champion Phil Mickelson and 10 other golfers are the plaintiffs who filed an antitrust lawsuit on Wednesday.

The lawsuit claims that the PGA Tour has threatened to disqualify them for life and accuse the organization of having a monopoly on golf.

Three of the players are seeking a temporary restraining order that would allow them to play in upcoming competitions on the tour.

LIV has been a major disruptor in the sport of golf, luring players away from established tours with bigger cash prizes and lucrative signing bonuses.

The head of the PGA Tour, Jay Monahan, says that the cause is an attempt by the players, who have chosen to leave, to re-enter the organization by force.