Bank of England Governor Andrew Bailey rejected claims by Conservative MPs that the UK central bank acted too slowly to counter rising inflation and defended its operational independence and mandate.

Asked Friday whether he would remain in office, regardless of the changes made by outgoing Prime Minister Boris Johnson’s successor, Bailey told BBC Radio 4. Today program: “I’ve made a commitment, it’s an eight-year term and it’s part of the Bank of England’s fabric of independence.”

He added: “In our opinion, central bank independence is of paramount importance. Our job is to bring inflation back to target.”

Bailey has come under mounting criticism since inflation rose to a 40-year high of 9.4% in June. In response, the BoE raised interest rates by 0.5 percentage points to 1.75% on Thursday, the largest increase in 27 years.

It also revised its inflation forecast upwards, saying it would hit 13% by December and predicted the economy would enter a prolonged recession later this year.

Attorney General Suella Braverman, a key ally of Tory leadership contender Liz Truss, told Sky News that if she became PM, the foreign minister would consider whether the BoE was “fit for purpose in terms of complete exclusionary independence. interest rates”.

Bailey argued that the BoE’s independence was not really in question.

“I don’t think when you look there is a great desire in this country to question central bank independence,” he said. “I am very happy to discuss with the new government the details and nature of the regime in place, how it works, how the BoE operators and how we are responsible,” she added.

Bailey dismissed allegations that the BoE was slow to raise rates, saying uncertainty about the more than 1 million people still on leave before December meant that a rate hike risked derailing the fragile post-economic recovery. – UK pandemic.

To those who argue that interest rates should have gone up sooner, Bailey said, “I’m sorry, I don’t agree with this point.”

Instead, he said that “what happened is that there was a series of big supply-side shocks, most of which were on the outside.”

“I would challenge anyone to sit here two years ago and say ‘There will be a war in Ukraine’,” he added. 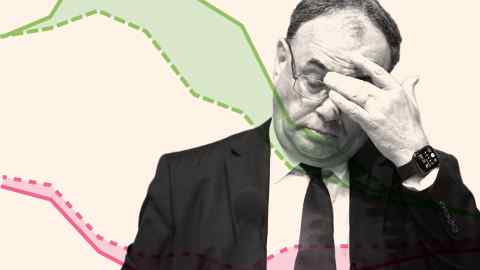 He reiterated that while most of the inflationary pressure was the result of rising gas prices following the Russian invasion of Ukraine, the rate hike was necessary to prevent high inflation from taking root.

“If everyone tried to beat [inflation], it does not go down, it gets worse. . . in that world it is the poorest people who are most affected. This is something we all need to be very very aware of, ”Bailey said.

He also ignored allegations that excessive quantitative easing caused the historic high inflation, saying, “If that’s what was causing the inflation today, in my opinion it would be true that domestic demand in this country would be much stronger than that. that which is”.