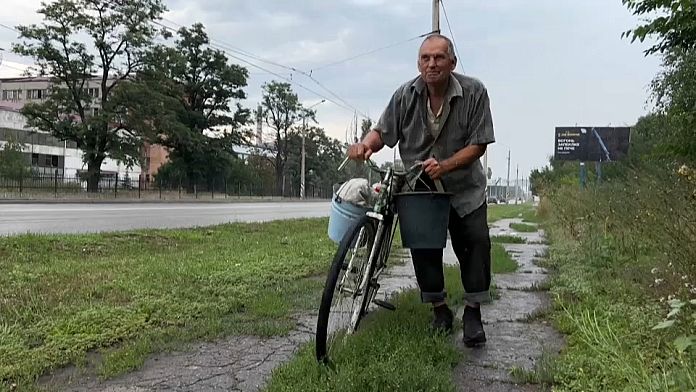 Toretsk is at the forefront of Ukraine’s war with Russia, yet all around you can see cyclists pedaling the streets, going about their daily activities as if braving the surrounding danger.

Oleksandr is a former miner. “How should I drive?” Hey he says. “Gas is expensive, I have nothing to drive. And I need to move.”

It is a similar image to Kramatorsk. Those who remain are not oblivious to the risks, they have accepted them.

“I would prefer, if anything happens, to die immediately,” Volodymyr says. “So that you don’t become disabled later on.”

Hundreds of thousands of Ukrainians are estimated to have chosen to remain in the threatened regions of Donetsk, despite government orders to evacuate.

See the report in the video player above.