Central banks are looking to the renminbi to diversify their holdings in foreign currencies, in a sign that geopolitical flare-ups could undermine the dominance of the dollar.

The percentage of central bank reserve managers who have invested or are interested in investing in the renminbi has increased to 85% this year, from 81% last year, according to an annual UBS survey of 30 major central banks. conducted between April and June 2022.

“We are seeing a gradual erosion of the dollar,” said Massimiliano Castelli, head of strategy for global sovereign markets at UBS. “The picture that emerges is that of a multipolar currency system”.

The growing interest in the Chinese currency comes after Western powers froze some $ 300 billion of Russia’s foreign exchange reserves in response to Moscow’s invasion of Ukraine in early 2022. Although the move is seen by most managers interviewed as a one-off event, it clashes those Western powers against Russia and complicates relations with countries that do not adhere to sanctions, including China.

This accelerates a split between China and the United States that had already begun during the Trump administration’s trade war. Four-fifths of central bankers surveyed said they believed that a move towards a multipolar world, away from a US-centric system, would benefit the renminbi. Less than half said it would benefit the US dollar.

Concerns about high US inflation and the Federal Reserve’s efforts to combat it also weighed on short-term sentiment towards the dollar. Central banks typically hold dollars through US government debt, which was heavily sold off this year due to the Fed’s tightening of monetary policy.

The survey showed that reserve managers are looking for alternative assets such as stocks, green debt and inflation-protected bonds in light of concerns about holding US treasuries. Nearly half of respondents said their portfolios are more diverse than last year.

While the dollar remains by far the world’s leading reserve currency, its lead has diminished in recent years. It accounted for just under 60% of reserves allocated at the end of the first quarter of 2022, down from 65% in the same period in 2016, according to IMF data. The Chinese renminbi, however, still represents only a small sliver, at less than 3%. 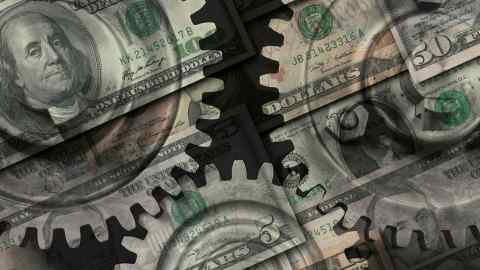 “Eventually we will see central banks and reserve managers think about what else they may have in their ammunition kit to combat volatility and macroeconomic events,” Castelli said.