When muggy summer hits Japan, many unpleasant things come with it, from sweltering heat to cockroaches, everyone’s least favorite houseguest. But another unpleasant side effect of summer is that the garbage really starts to stink, especially in Japan where many people eat fresh fish almost every day.

Here to fix some of these problems is Nakanishi Kinzoku Kogyo and her product the Clean Box. By combining the technology of a standard kitchen freezer with the sophisticated design of a bin, Clean Box is able to store your waste, especially organic material, at -11 degrees Celsius (12 degrees Fahrenheit), stopping the production of bacteria that are known to kill they arise stink.

That temperature might seem like an arbitrary homage to “Spinal Tap,” but surprisingly, the limit for horrible diaper smell is said to be -10 degrees, so dropping it by one degree provides additional diaper protection while saving energy and equipment wear and tear.

Nakanishi Kinzoku Kogyo came up with the idea in 2017 when they read people discussing putting trash in their kitchen fridges to eliminate odors online. This lifehack never really caught on because people weren’t crazy about putting dirty diapers next to their frozen peas, so the company decided that instead of putting trash in freezers, they could put a freezer in a trash can. A 2016 survey found that about one in five people had tried to put trash in the fridge or freezer, and only about one to five of them continued to do so.

The development of Clean Box was not without its challenges. Adjustments for airflow, coolant and condensation had to be made in a very compact space. The first limited edition of 100 Clean Boxes was released in 2019 and sold out almost immediately, and in April this year a crowdfunding campaign raised over 40 million yen in pledges. They are now increasingly seen in major homeware stores across Japan, priced at 48,180 yen. Each clean box holds 20 liters and measures 69 by 23 by 44 centimetres. The estimated energy bill for the operation is about nine yen per day.

▼ 20 liters corresponds to about 30 diapers or six “medium” garbage bags. 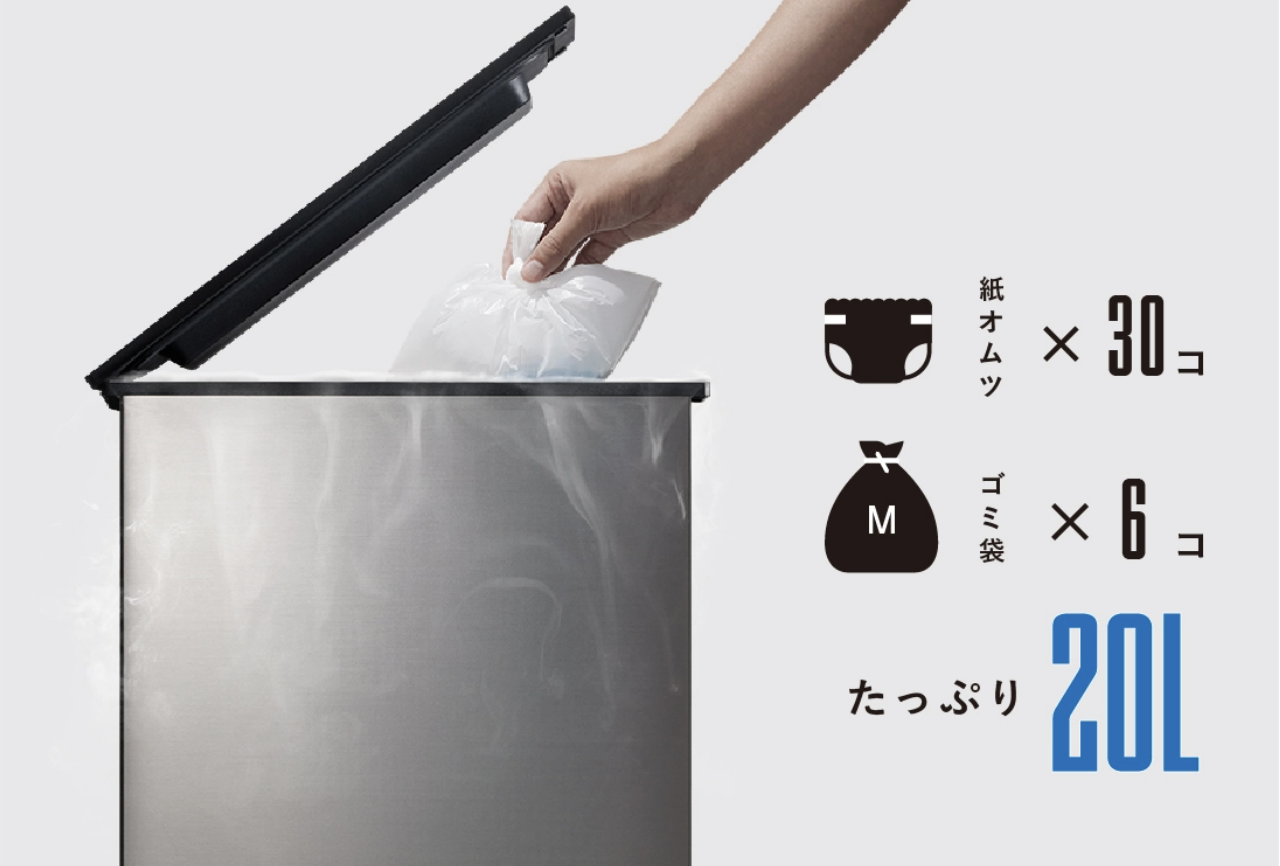 Online comments were cautiously optimistic. They appreciated the idea of ​​ridding homes of those horrible smells, but also raised concerns about energy use and other potential pitfalls.

“I think it’s okay to just put it in the fridge.”

“I usually put fruit and vegetable peels in a bag in the freezer… but I don’t think that would work with diapers.”

“Maybe it would be better to design an odor proof bag to not consume electricity?”

“I have a feeling YouTubers are going to do weird things with this thing.”

“But if you take the bag outside, won’t the frost get it all wet? And would the bag break more easily if it was frozen?”

“At that price, can’t you just buy a regular freezer and put junk in it?”

“Why stop here? Let’s make them nuclear too!”

While it’s not without its issues, the clean box has clearly proven in demand so far, and Nakanishi Kinzoku is currently looking to expand sales to hotter parts of the world like Southeast Asia. You’d also likely do well with restaurants that tend to have a lot of organic waste and have a vested interest in not smelling like a dump.

– Tiny Tokyo Apartment Lifehack: How to stop trash from smelling on a hot summer day