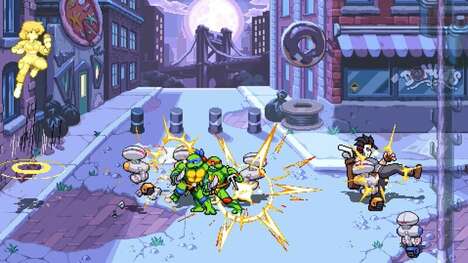 Tribute Games, the studio best known for its work on the beat ’em up title Streets of Rage 4, has released a new retro-themed game called TMNT: Shredder’s Revenge. This is a side-scrolling beat ’em up title where players take on the role of the popular Ninja Turtles and support characters like Splinter. Throughout the game, players will work to bring down popular villains of the TMNT universe like Shredder and Krang.

TMNT: Shredder’s Revenge has beautiful arcade-style animations with smooth pixel art and fluid attack graphics that recapture the glory of an arcade fighting game in the 1980s but in the modern era. The game can be played alone or with friends in co-op mode. When playing with friends, it’s important to share the in-game items, including groceries like pizza and throwable items like trash cans.