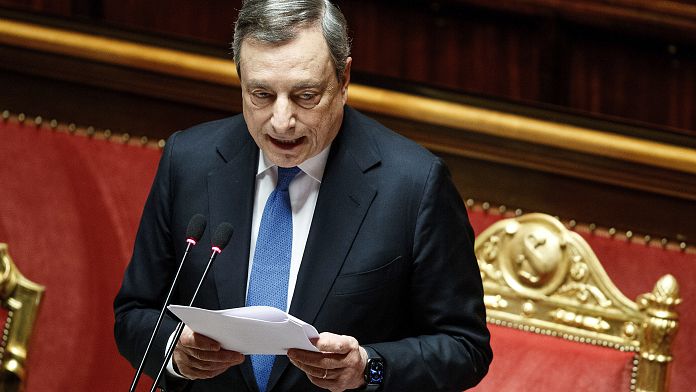 Members of the Five Star Movement (M5S) coalition had asked Draghi to stop sending weapons to Kiev and focus on diplomacy.

Their threat to separate from Draghi’s government could have destabilized Italian politics, but on Tuesday Draghi secured support and thanked the senators for their “united” support for the government line.

The leader of the M5S – and former Italian premier – Giuseppe Conte has openly asked the country to stop sending weapons to Ukraine.

But the criticisms have only created further divisions within the party, involving the Italian Foreign Minister Luigi Di Maio.

According to the Italian media, Di Maio was considering the possibility of leaving the M5S, after the disappointing results of the recent administrative and administrative elections.

The party was founded in 2009 as an alternative to the political groups of the Italian “establishment”, but has fragmented since winning the most votes in the 2018 elections.